April 09, 2014
The Table on my Catalina 30 was in Great shape, being that it was only 36 years old.  Only a couple of small chips in all that time.  The problem was.... It was UGLY, and dark.   I am sure that in it's heyday, the simulated wood grain Formica was all the rage, but Today, not so much.  So, time for a face lift.  Being that the existing Formica was WELL ADHERED to the Particle Board, I figured that I could apply the new Formica over the existing, provided I prepared it properly.

So,  The first thing I had to do was deal with the chips so I could get a level surface to put the new Formica on.  So I just squared out the chipped areas, then cut a patch from some scrap Formica and glued it in. 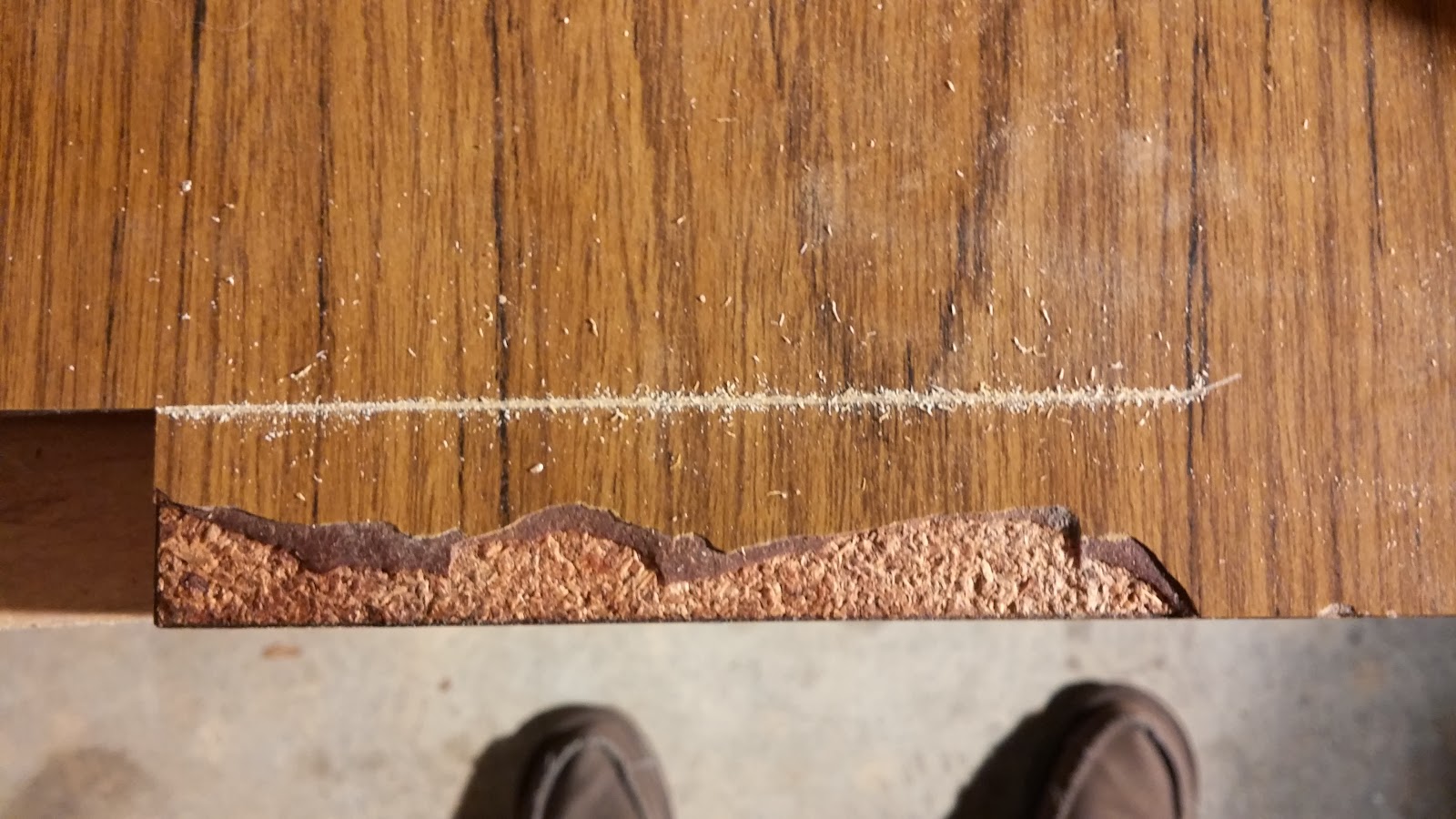 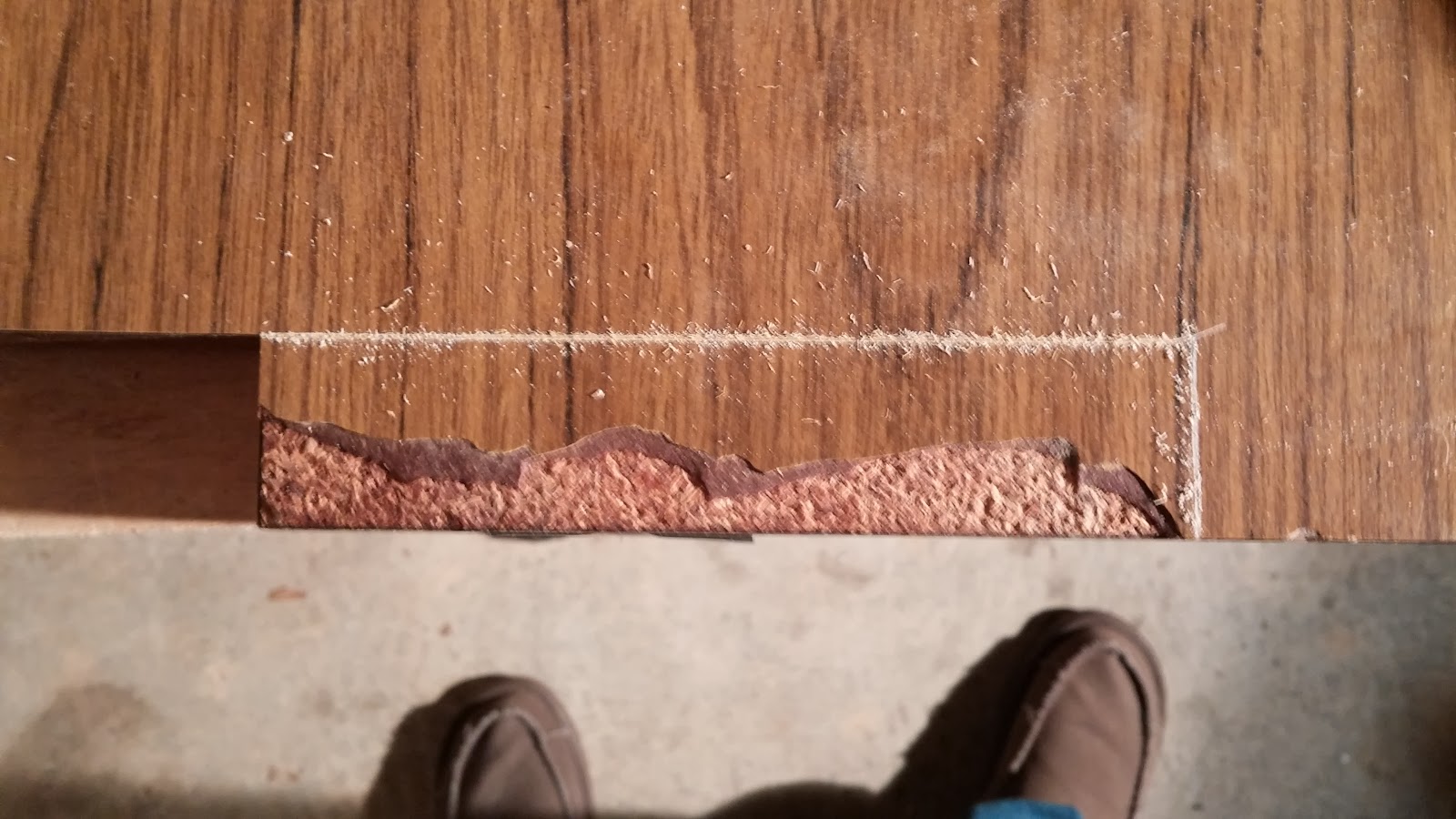 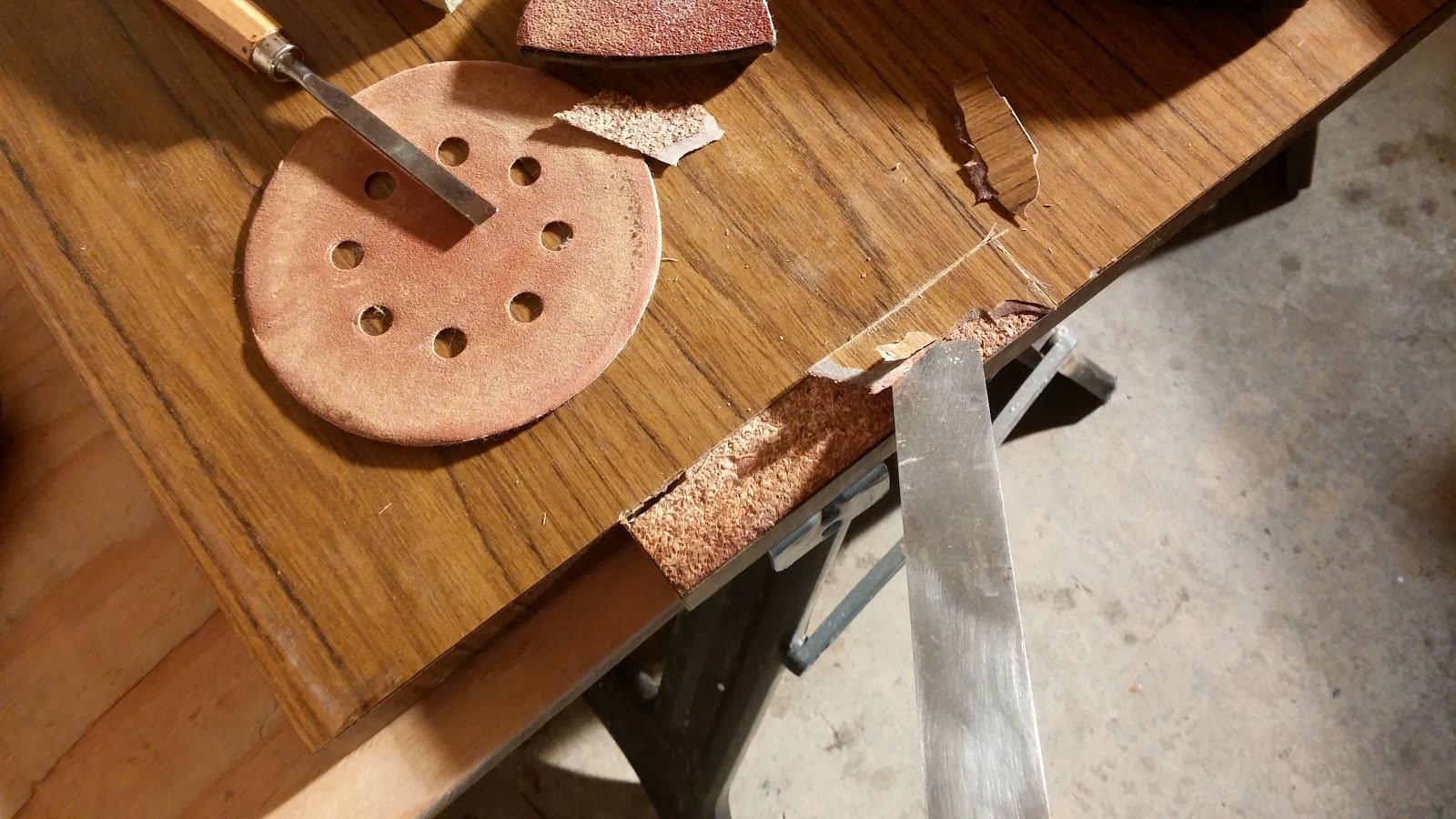 Now that the patches are in, it is time to prepare the rest of the table.  That is, Sanding the heck out of the existing Formica to provide a rough enough area for the contact cement to grab onto.  Not wanting to over-do it, I started with a belt sander and a 100 grit sanding belt.  It BARELY scratched the surface (Pun Intended!) 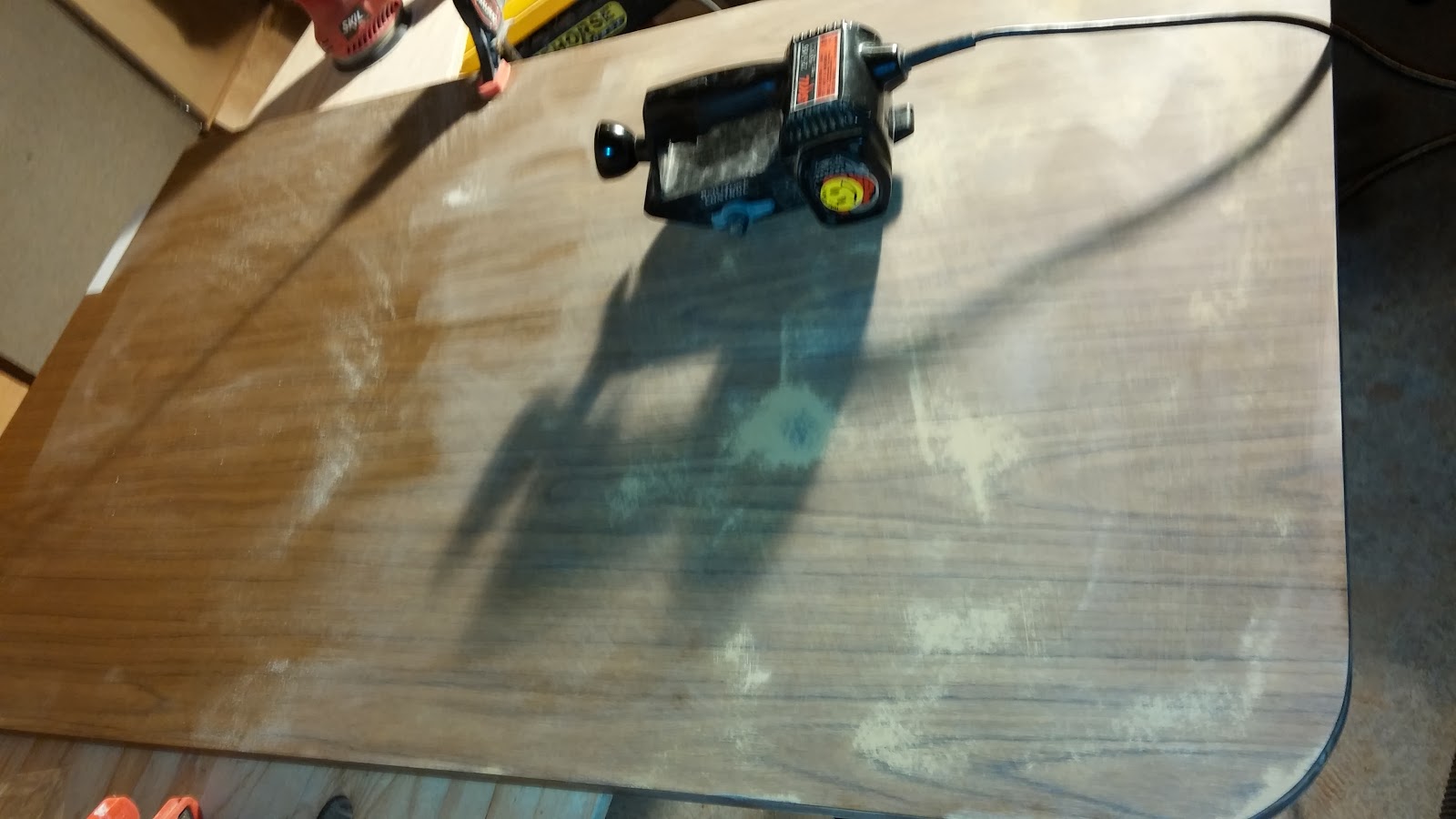 I then graduated to an 80 grit belt... Not much better! 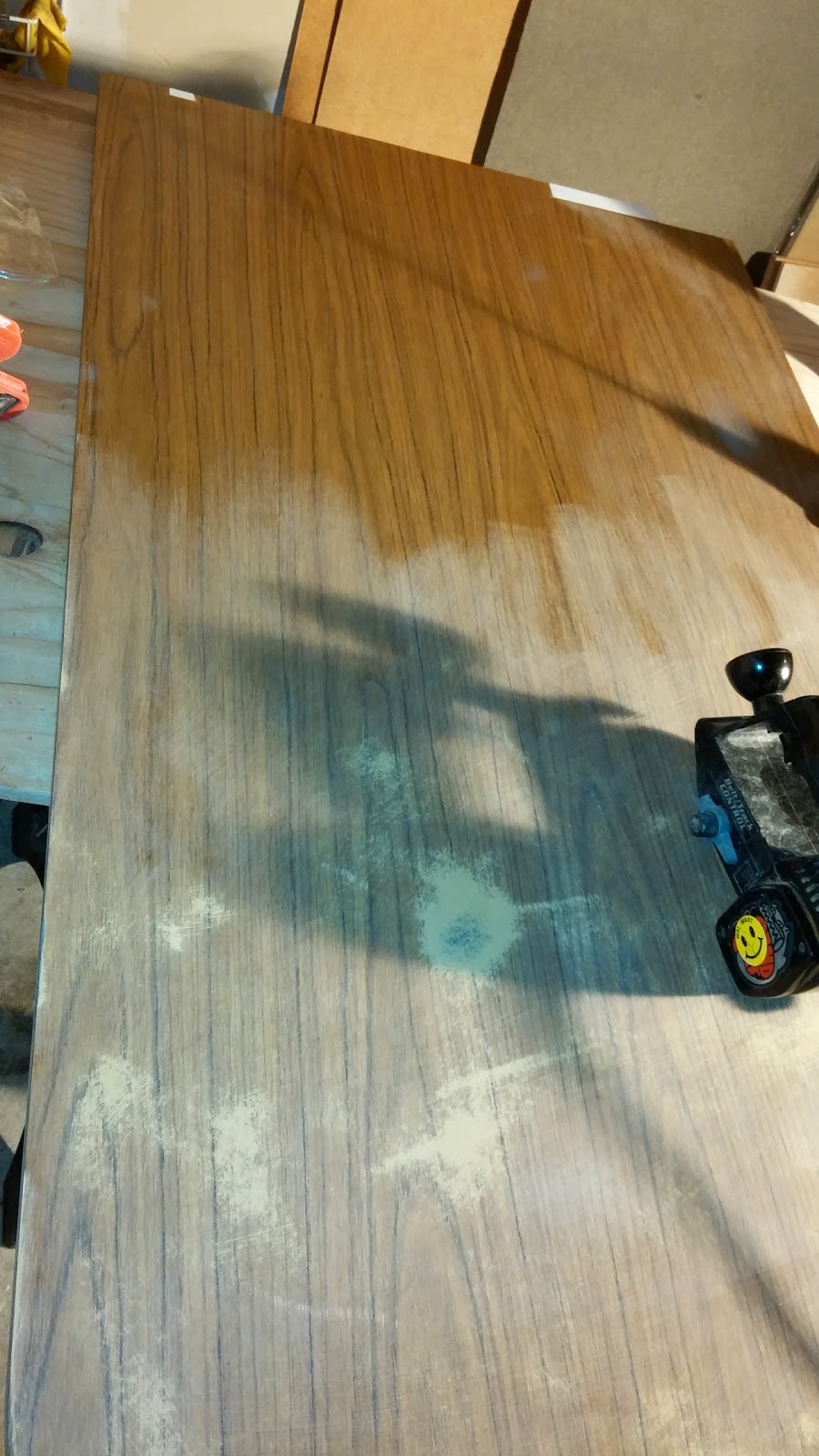 I Finally went to a "Major Stock Removal" 60 Grit Belt.... That seemed to do the trick. BOY that Formica stuff was TOUGH!  After I sanded the top, I had to get the rounded corners as well, as because they are exposed, they would have to have Formica put on them as well.
﻿﻿

I had to start with the hardest part first... that being the Rounded Edges of the Table.  I had never put Formica on a table edge before, and I was concerned that it might pull away from the corner.  I needed a way to put a bend in the formica Strips I cut so it would more naturally form to the corners. 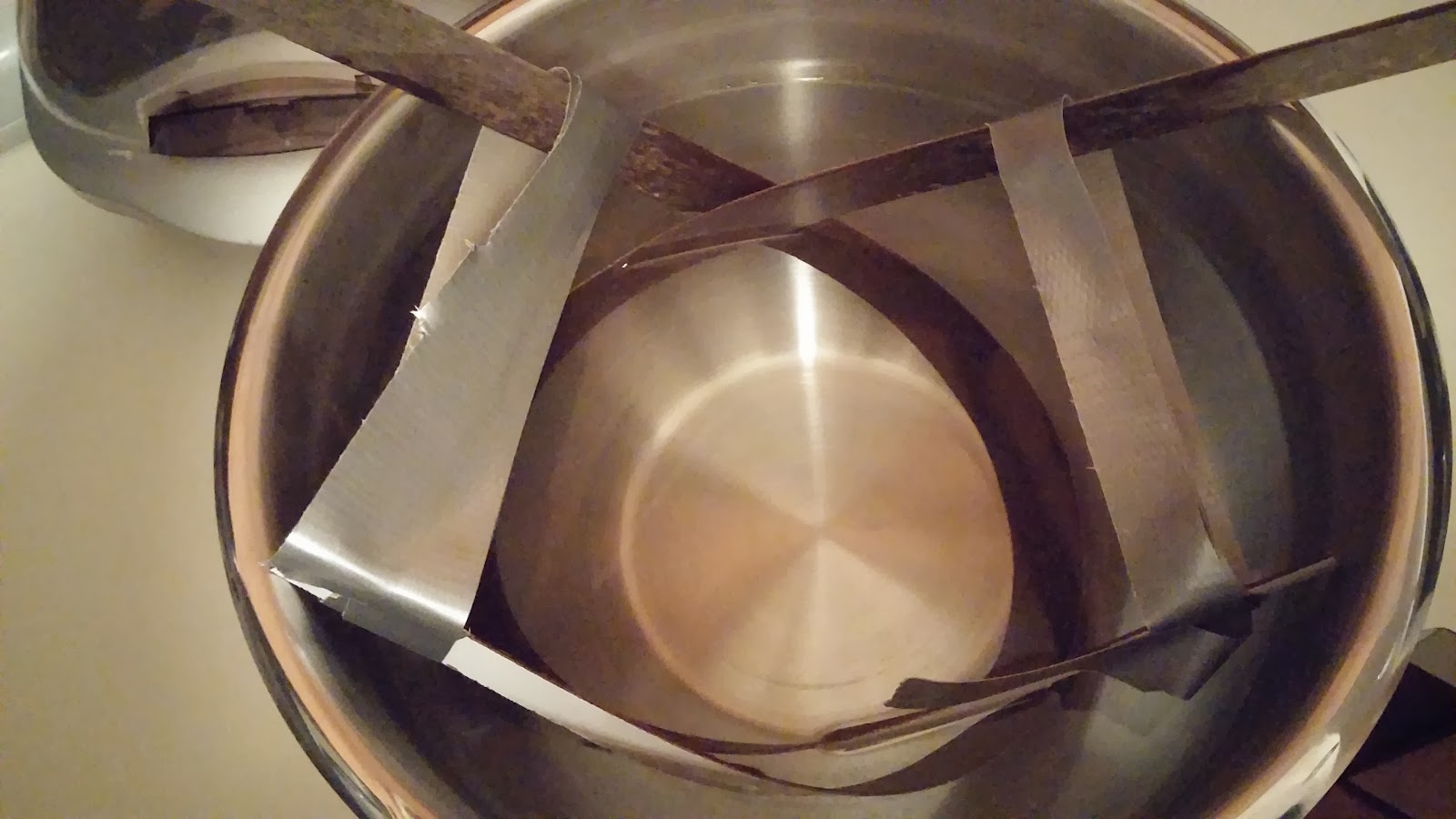 What I ended up doing was to use Duct Tape to put the bend I wanted in the strips, and then soak them in water overnight. 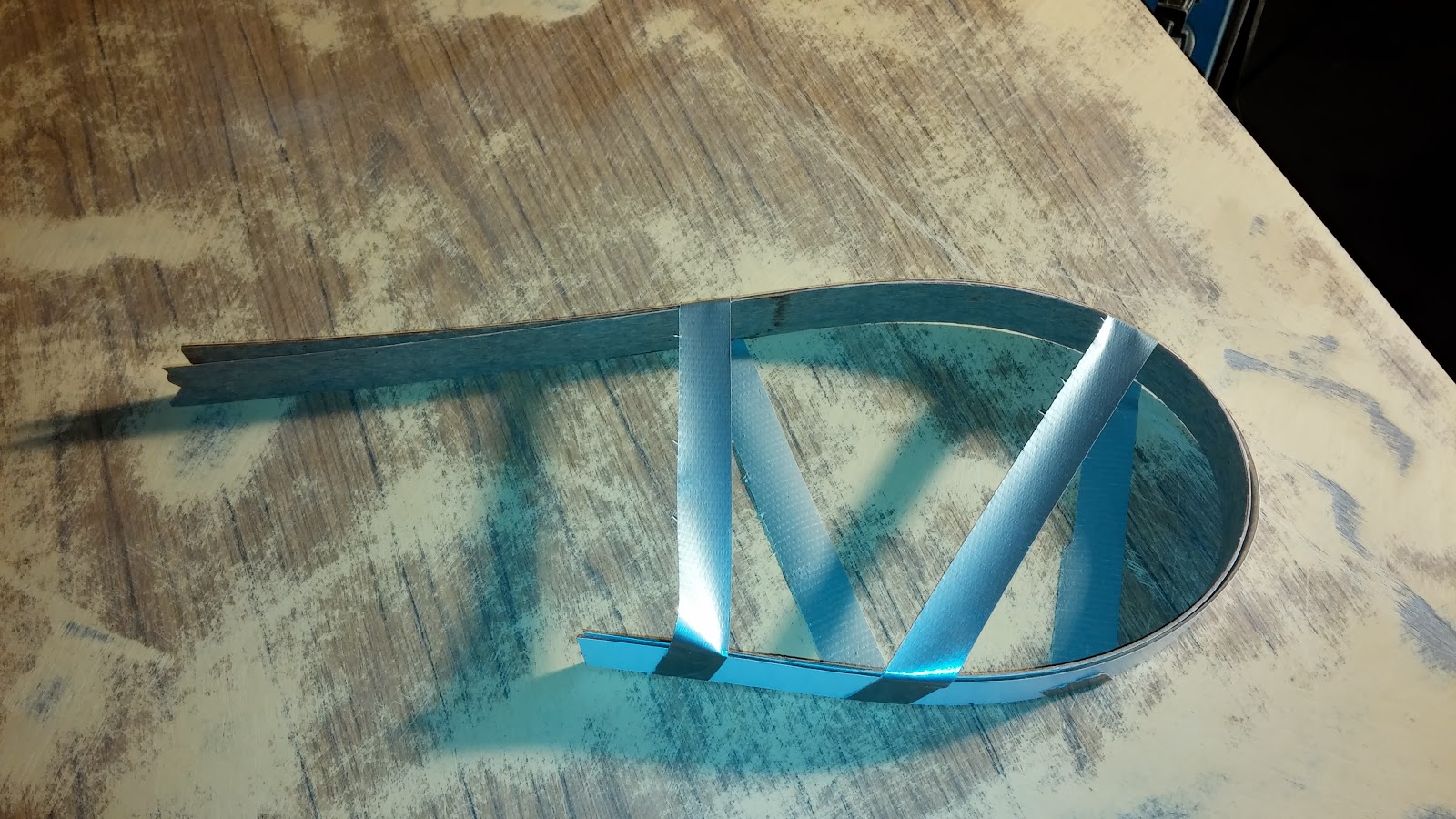 I pulled them out of the water the next morning, and let them dry (with the tape still applied) during the day while I was at work. 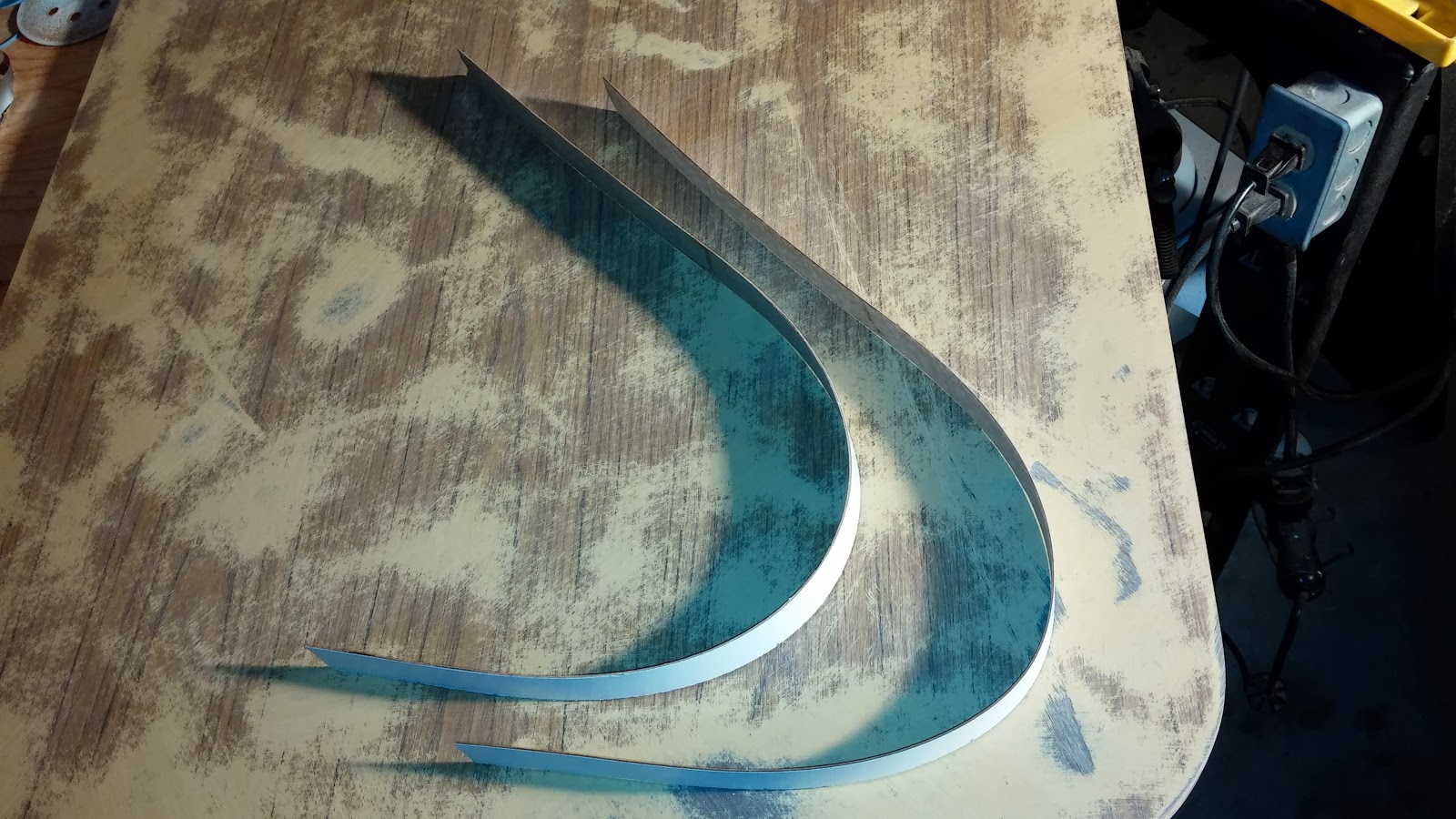 By the time I got home they were ready to mount to the table.

The most difficult part of putting these edge bands on was routing the excess off of either side.  As the table is only 3/4 of an inch thick, it didn't provide much surface for the router to sit on, much less trying to keep it flat so the flush bit could do its thing.

The rest of it was pretty easy... put contact cement on the LARGE Formica piece, and the table, Line it up, press it down with the J-roller, then trim with the Router.  What?   I haven't shown how to do all that?  Well, No fear my friends, that is the subject of my next post, where I show that process when I redo the Head Countertop!!
﻿

After all of the Formica was applied, it was just a matter of Putting the Fiddles back on, Putting 4 coats of Varnish on them, then getting it back on the Boat!

Until next time.... Fair Winds!