The name came to me as I was doing the Tacoma Musical Playhouse production of "Man of La Mancha".  The love interest of Don Quixote was a woman that he refused to see as she really was, a Kitchen Whore, but rather he saw her as a Lady, Beautiful and above reproach.  In the end, she chose to become the woman he saw in her.   I also researched the Definition of the name "Dulcinea", and found that it meant "Mistress, or Lady Friend", and I thought about it, and came up with several points: 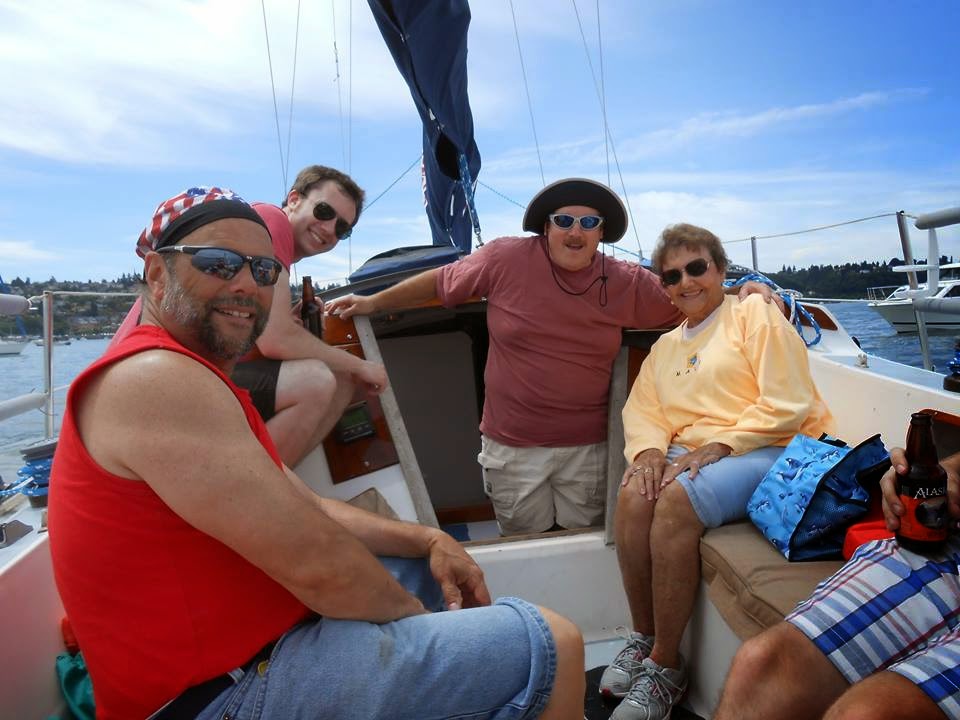 Yup! Mistress, that worked!  And so, since I was taking a large portion of my family out to watch the Air show (My mom, a sister, a brother in law, 2 nephews and a niece) , I figured it would be the perfect time to do the ceremonies!  You might notice I have a rather funky beard in these pictures... well they are muttonchops actually, and I have it because I am currently playing the role of Inspector Kemp in Tacoma Musical Playhouse's production of "Young Frankenstein, The Musical".... it is not a look I normally have... LOL... 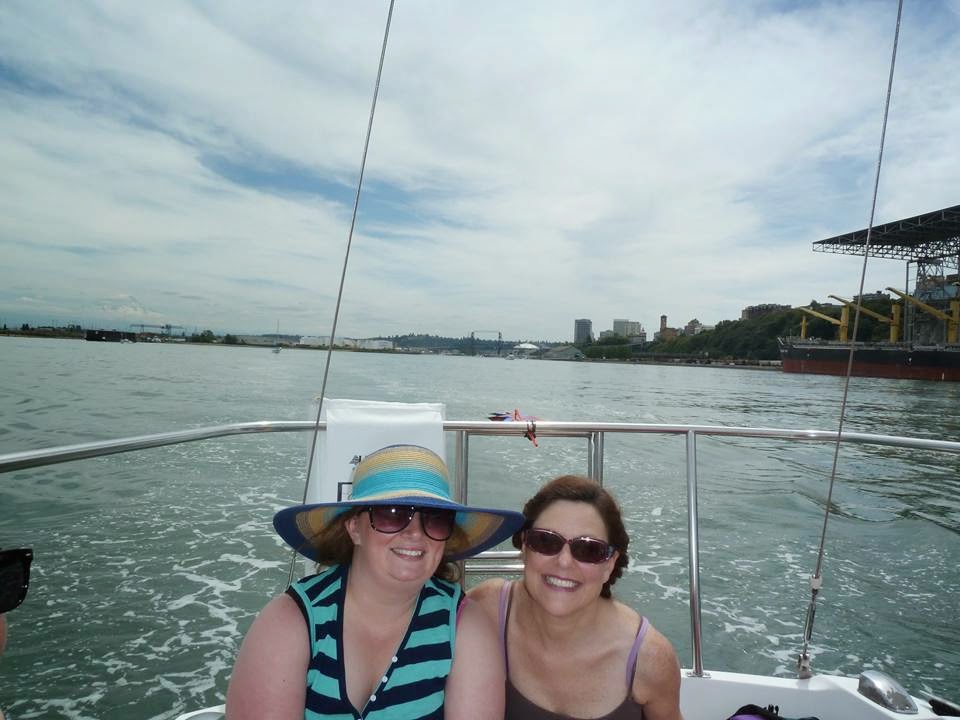 I removed everything with the old name from the boat, including removing the name from the stern.  Then we went out to Commencement Bay, and after a spectacular airshow,  did the de-naming ceremony, using a fairly expensive bottle of Champagne as a offering to the gods.  My mom thought I was crazy pouring perfectly good Champagne overboard into the bay!


Then it was time for the Naming Ceremony!  I used the same naming ceremony my friends, Mike and Melissa on S/V Galapagos did, where you pay homage not only to Poseidon, but to the gods of the 4 winds as well.  I Didn't know there was a God for each wind direction before... you learn something new every day!  And for this ceremony, another full bottle of Champagne over the rail in servings to the north, south, east and west. Again, Mom thought I was crazy!

a couple of weeks later, I found some time (not easy right now, being busy at work, and doing this show!)  to apply her name to her hull.... be kind... it is my first gopro video...  I never realized that she moves that much in the slip...

And, Voila!  she is renamed! 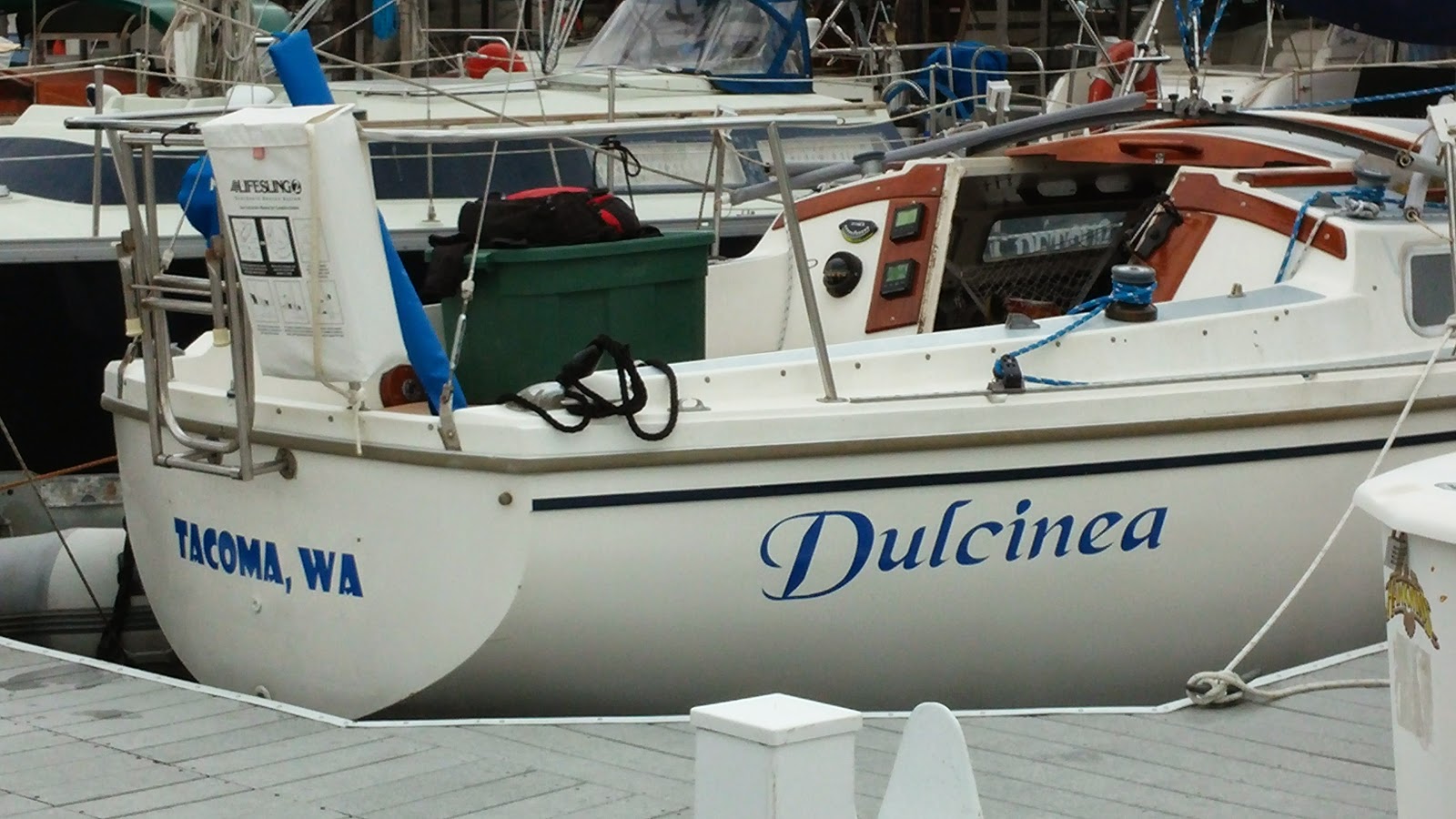